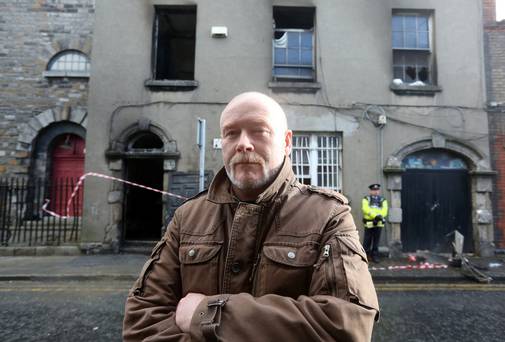 Paul O'Mahony who helped rescue people from a fire at apartments on Thomas Court in Dublin where three adults and five children where rescued. Photo: Arthur Carron/Collins

FIVE children and four adults are lucky to be alive after a late-night fire swept through their home.

via Woman forced to jump for her life as nine rescued from home blaze - Independent.ie.